Capes and Clockwork, a collection of steampunk superhero stories (including "The Gears of Justice" by yours truly) is now available in dead tree format. Ebook format is coming soon. I feel as if I should try to describe it, but really. Steampunk? And super heroes? What more is there to say?
Posted by Brent Nichols at 10:20 AM No comments:

It's crammed with awesomeness, and you can get it in paperback now, as well as ebook.


Posted by Brent Nichols at 8:24 PM No comments: 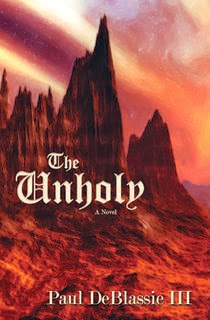 Today I bring you an interview with Dr. Paul DeBlassie III, author of a remarkable novel called The Unholy. It's a tense thriller, a story of a life-and-death struggle, a nail-biting suspense story, and also much more. The novel explores issues of religion, spirituality, the clash of cultures, and the clash of faiths. It's set in New Mexico, against the vivid cultural backdrop of mestizos and traditional healing. Paul DeBlassie III is uniquely qualified to write this story, but I'll let him explain why.


I get the impression that The Unholy is a book only you could write, because of the setting, and because of your own background. Let's start with the setting. Tell me about Aztlan.
Aztlan is the mythopoeic realm of the mestizos (mixed bloods of southwestern United States). I am mestizo. Aztlan is New Mexico, especially  the region of Albuquerque (southern Aztlan) and Santa Fe (northern Aztlan) and extends to the four corners area. Spirits, dreams, visions, and natural magic are woven seamlessly into everyday life.

Your protagonist, Claire Sanchez, is a curandera, a term which roughly translates as "Medicine Woman." What exactly is a curandera? What led you to choose this occupation for your heroine?
A curandera is a healer. She spoke to me as the story evolved, told me who she was and told me of her struggle to find herself. The path of a healer is fraught with danger. She dramatizes the life of so many women and men seeking to face their fears, find themselves, and walk the path of healing, natural magic, and life.

You live in New Mexico, in the general area where the novel is set. How has this affected the writing of The Unholy? How important was your knowledge of the places and people and culture? What kinds of personal knowledge did you draw on as you crafted your characters and setting?
New Mexico is Aztlan. My lineage reaches back for over three hundred years in Aztlan, a long line of medicine people, healers.  I live here, breathe its air, am sheltered under the canopy of its turquoise sky. The Unholy and the natural magic of the medicine women, forces of darkness and light, exist side by side in the daily, mythopoeic realm of Aztlan. I live here. It is my homeland. 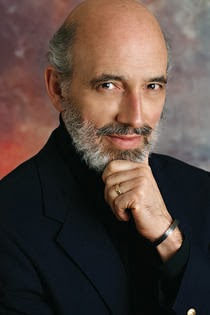 How has your training and experience as a psychologist impacted your writing in general?
For over thirty years I have treated survivors of the dark side of religion. I chose to write a novel about this human drama. Stories cut to the chase. I’ve written three other books in psychology and spirituality, but there is nothing like stirring the imagination via story to set the mind working and the heart healing.

I know you've had some specific experiences in your role as a psychologist that led to your decision to write this book. Tell me about that.
Religion can be both terrifying and damaging. I help people to heal from the dark side of religion. Decades of such experience led me to write this book and the ones that will follow. Each phantasmagoric story, much like The Unholy, plumbs the dark and light sides of human nature and spiritual experience.

The cover image for The Unholy is striking and haunting, and it's not just some random stock photo. Tell me about that picture.
It is the Devil’s Throne, an actual site between Albuquerque and Santa Fe. The evil archbishop performs atrocities there. The land has been contaminated by evil, women desecrated, the air itself befouled. It is the Devil’s Throne in the realm of Azltan!

A steampunk Frankenstein tale from The World of Steam. Check it out.

Posted by Brent Nichols at 9:26 AM No comments: 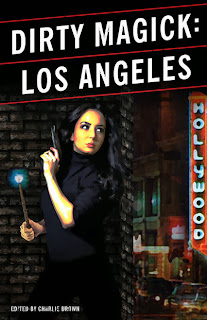 It's here! Lucky Mojo Press's Dirty Magick: Los Angeles is available for Kindle and Nook, with the paperback coming soon.

It's a collection of hard-boiled crime stories with magic as an essential component, each story set in the City of Angels, where noir was born. It's the first in a projected series of anthologies, each to be set in a different city. Last I heard, New Orleans was next on the list. There are some fun, cool stories by some talented authors, including Yours Truly.


Posted by Brent Nichols at 1:17 PM No comments: 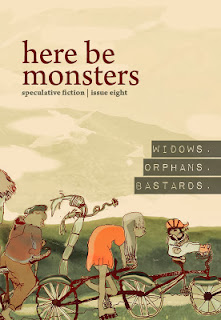 I just got my contributor's copy of Here Be Monsters 8 - Widows, Orphans, Bastards, and it looks COOL! I should clarify that it's not actually about monsters in the traditional sense, though my story has a monster of sorts in it. Rather, it's a collection of really cool speculative fiction short stories. Kind of literary, while still being thoroughly entertaining. In all modesty I have to say it's high-quality stuff, and I am quite proud to be in the anthology. It's a fun read with some truly excellent stories, and I encourage you to check it out.


Posted by Brent Nichols at 2:07 PM No comments: 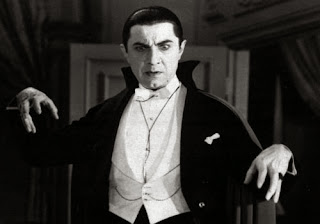 I just finished reading Bram Stoker's original novel, Dracula, for the first time. I read some sort of kids' abridged version thirty years ago, but I quickly realized as I read that I didn't know squat about the story.

The first thing that struck me about it is how effectively suspenseful and atmospheric it is. I mean, it's SPOOKY! Vampires aside, it's a classic of the gothic tradition, especially the first section when Johnathan Harker is trapped in Dracula's castle. It makes excellent use of the setting, and the Transylvanian wilderness, the superstitious locals, and the creepy old castle really come to life.

The later section when Lucy is slowly being drained is excruciating and riveting. The endless succession of setbacks and minor victories had me constantly hoping she could be saved, but constantly fearing the worst. When Van Helsing breaks into her tomb and calmly discusses the necessity of cutting off her head, it made my skin crawl.

Overall I'd say Dracula stands up reasonably well for being more than a hundred years old. (I mean the book, not the dude, who also is in remarkably good shape despite his extreme age.) Certainly it's a bit dated, especially in its almost comical view of women. Some of the characterization is absurdly simplistic, and some of the prose gets a bit purple, but overall it wasn't a bad read at all.

I was surprised to find that Stoker's rules for vampires aren't the same as the general standard you see these days. Dracula could walk around in broad daylight, for instance. On the other hand, he had quite a long, arbitrary list of unexpected limitations. His invasion of London turned into a bizarre logistical exercise as he imported boxes of cursed Transylvanian dirt to which he had to return every day at dawn.

Another thing that struck me was how pervasive Christianity was in the story. I think atheism and skepticism would have been nearly-incomprehensible concepts to Stoker and his contemporaries. Christian faith permeates the book. When Stephen King revisited the topic of old-school vampires in 'Salem's Lot, he explained the impact of crucifixes and the like as deriving their power from the wielder's belief, not from God or Jesus directly. In Dracula, though, Christianity is utterly intrinsic to the story.

The epistolary structure of the novel - it's all diary entries, letters, and documents - felt a bit gimmicky to me, but it was fairly effective. It lets the author use first-person narration with all of the strengths of immediacy and close identification that it brings, while still telling the story from multiple points of view. There were problems. People wrote things in their journals that were cringingly personal, despite knowing that the others would be reading everything. Overall, though, the "diaries and letters" approach works reasonably well.

A big part of the plot hinges on a preposterous coincidence, that Johnathan Harker, the lawyer who encounters Dracula in Transylvania, is engaged to the best friend of the woman Dracula randomly selects as his first English victim, thus bringing all of Dracula's opponents together. I would say it's the novel's one significant structural flaw, and it's a humdinger, but on the other hand it's easy to ignore.

All in all I'd call Dracula far from perfect, but still solidly entertaining after all these years and well worth checking out if you haven't read it. There are annotated and illustrated versions out there, but you can get the basic novel from Amazon for free.