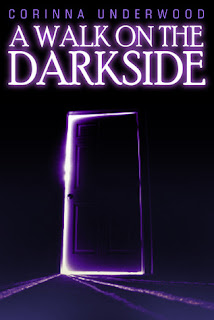 Today I have a guest post from the talented Corinna Underwood, author of A Walk on the Darkside, an intriguing urban fantasy novel.  Her protagonist, Pearl Blackthorn, is an investigative reporter for Darkside Magazine. Pearl doesn't take the supernatural too seriously, until she sees a few things she can't quite explain.

For this guest post I asked Corinna a simple question, and got a pretty interesting answer. Check it out below:

What are some of the challenges and rewards of creating a character who is a skeptic, in a story where the supernatural is real?

Pearl Blackthorn would call herself a diehard skeptic when it comes to the paranormal. While this is an accurate description of her character, she can’t deny that she has a fascination for it, even if it’s only because she wants to explain it rationally and neatly.

One of the most difficult challenges of creating the character of Pearl Blackthorn was to make her skepticism convincing while at the same time allowing room for a sliver of doubt. Gradually, this crack in her skepticism is pried a little wider as she begins to have experiences that she has difficulty explaining rationally.

The task of developing her character was made somewhat easier by her friend and fellow investigator Harry Raymond, who at the time of his wife’s death had a paranormal experience of his own. Harry is a firm believer in ghosts, poltergeists and demons and wants nothing more than to prove to Pearl that they exist. His enthusiasm for the supernatural makes an interesting and often humorous contrast to Pearl’s disbelief.

The rewarding part for me is the fact that I got to explore my own views on the paranormal, some of which are conflicting. I had a lot of fun creating scenarios which seemed at the outset to be supernatural events and then turning them into something quite rational, while leaving a sprinkling of doubt.

In the sequel Darkside and Back Pearl not only finds her skepticism for the paranormal challenged, but also her understanding of who she is and where she came from.

Posted by Brent Nichols at 9:41 PM No comments: 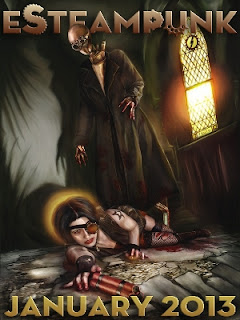 I've been browsing my copy of the January edition of eSteampunk, and it gets going with a bang.  Justice Like Clockwork by Andrew Knighton had me guessing right up to the end.  It's a neat adventure story about a young woman escaping from a fantastically complex prison, with the aid of a mysterious old man who happens to be one of the most brilliant engineers in the Empire.  It's too bad he's a bit mad...

There's an episode of my serial in there too, of course.  It's four bucks from eFiction Magazine, or you can subscribe for two bucks a month.


Posted by Brent Nichols at 6:19 PM No comments: