Read An Agent of the King 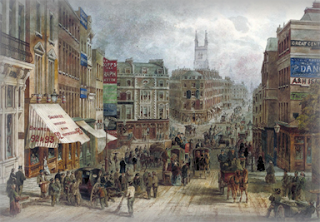 In a heartbeat the quiet sub-Saharan night was ripped apart by the noise and vicious hatred of a fight to the death. Three men in local garb lunged at them with long curved sabres. Reeling back as a sword sliced the air, Dexter saw in horror the head of one of the sailors all but cleaved from his body and heard the sickening thud, as the lifeless corpse fell to the ground.

Today's interview is with Nigel Slater, author of a two-fisted story of adventure in the Napoleonic wars.  An Agent of the King is the story of Archie Dexter, gentleman, patriot, scoundrel, and government agent.  Sent to Egypt to rally support against the French, he is caught up in the fighting when Napoleon invades.  He survives the Battle of the Nile and goes on to Spain, then London, where he must thwart a plot to assassinate King George.

Slater's prose has the same mix of charm, elegant refinement, and rough edges as his hero, Archie Dexter.  At times the writing is almost poetically beautiful, but his high school English teacher would throw up her hands in dismay at Slater's devil-may-care approach to grammar and punctuation.  You will be so swept up in an exciting story of mayhem and geopolitical intrigue that you won't mind.

Here's Slater to tell you about it in his own words:

What inspired you commit to writing this novel?
I was an avid reader of Bernard Cornwell’s Sharpe series of Napoleonic Wars novels. These books inspired me to write my own thriller set in this amazingly rich and diverse period in world history. It is fast paced, exciting with bursts of violence common in this age and lets be honest the odd bawdy moment!

What sets your book aside from previous novels of this period?
I have tried to create a different breed of heroes but ensured that they have traits that people of this period exhibited. It is a fact that there were gentlemen adventurers in these times who risked their lives in the fight against Napoleon. In public they were respected members of the elite community but like so many people they had secret, dangerous and often quite naughty lives.

Will this be the start of a series?
It certainly will and the sequel is underway right now.
Posted by Brent Nichols at 10:08 AM