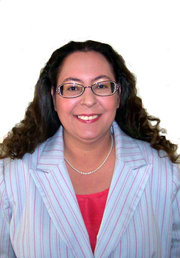 Today's bonus treat is an interview with Erin Lale, author of the Punch novels, bigger-than-life science fiction set in a shared universe called Time Yarns.  Take it away, Erin...

You've taken your writing in some innovative directions with Time Yarns.  Tell us a little bit about how the Time Yarns shared universe works.

Time Yarns is a different kind of shared world; instead of sharing characters or settings, what all the different stories have in common is the way physics and magic work. The core idea of Time Yarns is that time travelers have gone back to change history and have created many parallel universes, and that these time travelers use the power of the mind to travel in time because human beings cannot actually invent time machines.

When someone tries to invent a time machine, what they get is a machine like The Timelessness Machine, which is the title of a short story I published in the first issue of Sterling Web long ago and have recently reprinted in my collection of my short fiction, Universal Genius.

There is a story about a timelessness machine in each of the two upcoming Time Yarns multi-author anthologies, Cassandra's Time Yarns and Anarchy Zone Time Yarns, by New Zealander and aglal biofuel inventor Ian Miller and by Canary Islands resident Tony Thorne MBE, who was awarded a chivalric order by the Queen of England for advances in cryosurgery tools and carbon fiber furnaces. They each came up with the idea of the physics of timelessness independently, without having read my classic of hard sf. Great minds think alike.

The Punch books are a series of transmedia novels.  Tell us how that works.  What are the transmedia elements?  Do you see multimedia as the future of ebooks?

The Punch books are packed with pictures, video clips, sound, and art. I imagine a future in which what sort of creative a person is has become disconnected from the medium because all creative works are on the same electronic platform. People will no longer define their work as being on cellulose or celluloid, sound waves or light waves, because everything is on the net and on ebook readers that double as computers and smart phones. People will no longer call themselves writers, filmmakers, game designers, musicians, photographers, composers, graphic designers, or animators; everyone will be a transmedia artist.


One of the other Time Yarns authors, Humberto Sachs, believes so much in my vision of the future of transmedia that he set up a project within his company, TeknoX, to bring it about. Sachs is an aerospace engineer from Brazil, co-designer of the F-18 and the International Space Station, but now he has started a company to design an open source integrated hardware / software design and production platform, and he's using the transmedia project to test the platform.


If an edition of Punch can be published as one long book with all its transmedia elements intact and fully imbedded instead of having to link the videos from host sites, that will prove the platform superior to today's platforms. It's been really exciting to set out to publish sf anthologies and happen to connect with a writer who is also working on bringing about the next technical revolution.

Carla Punch's story is one wild ride.  Marine, knight, captain, saint...  How did you dream up this incredible journey that she's on?

Her story is Life 2.0, my own life re-imagined. I started writing the first draft of Punch 10 years ago, shortly after completing my memoir of Life 1.0, my nonfiction book Greater Than the Sum of My Parts: My Triumph Over Dissociative Identity Disorder. The autobiography is raw life, and Punch is life whipped up into a feast. Some people give their problems to a higher power; I gave mine to an action hero.


The Punch books deal with a lot of the same issues I deal with in my memoir, such as recovery from PTSD, gender and sexual orientation issues, issues around career as identity, religious conversion experiences, disability issues, cultural assimilation, infertility and substitute child-figures, and how a person reinvents herself and achieves personal growth, all re-envisioned as a hero's journey.

Humour is an important element of the Punch books.  How do you juggle so many elements, high adventure and epic plot scope, and still keep things fun and funny?

That's just the way my mind works. I see humor in so many things. Even the name of the universe, Time Yarns, is a kind of pun, because a yarn is a story and it also refers to string theory and to the classical fates or wyrd sisters spinning the threads of time and weaving the fabric of the universe.


In fact, that's an image I use in the Time Yarns Universe trailer that recently wrapped filming and is now being edited, and which I hope to have ready in January for the release of the multi-author anthologies. There's even an element of humor in the trailer, when the voiceover says, "What if thousands of individuals who did not agree with each other all went back in time to change history for the better? What if, among the many resultant parallel universes, was the one we live in?" And then the image cuts to a Chevy hood being thumped open with a literal ba-da-boom sound. That's just the sort of thing that bubbles up in my brain.

What's it like to craft a seven-volume epic?  What have you learned about storytelling from working on such a large canvas?

The first draft of Punch was originally shown to fellow writers years ago as it was written, chapter by chapter, so it was actually a serial from the very beginning. In fact, some of the plot elements were crowdsourced, as a reader suggested the Nelonn / Khunnir pairing and the whole subplot of Nelonn's apprenticeship to Brinonn was created just to set up the scene in the tent a dozen chapters later. Working on the second draft after deciding to unify Punch with other stories into a shared world really made me focus on what was essential to the story.


I also realized that Punch naturally broke into 7 pieces of novella size, like acts in a play.  But I learned the most when I tried to write a description of book 1 to put on the book's Amazon page. I couldn't wrap my mind around a short description of book 1 until I read a voluminous tome called The Seven Basic Plots, and realized I had inadvertantly written a comedy. Book 1: The Loribond has the same plot structure as a classical Greek comedy.

What do you want people to take away from the Punch stories?  What impact do you want to have on your readers?

I want readers to experience Punch the same way I experience it: as a healing journey. Every time I re-read it to edit it, I start in rags along with Carla in book 1, and by book 7 I've experienced spiritual riches.

Posted by Brent Nichols at 8:28 AM